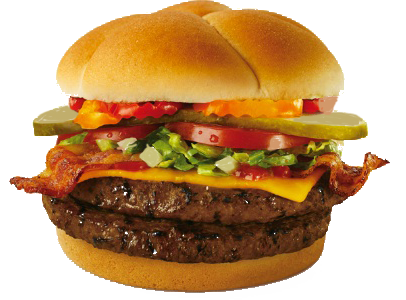 Five years ago, I thought, my goodness, there must be a large number of Mexicans immigrating into Canada. I was hearing and seeing Spanish speaking people working all over Mississauga and I thought, wow, that is cool, here is the next wave of new Canadians, adding some Latin heat to the unique ethnicity blend, that is one of the few redeeming features of living in Hazel’s crowded, little, city of 770,000.

I thought, they must really be pissed at the racist crap that is spreading in the US, amongst the border states, if they were willing to move all the way up here, into our northern clime.

My local Harvey’s (Dundas/Winston Churchill) employed four of my supposedly, Mexican women, ages 35 to 40, who spoke limited English, yet surprisingly had perfect communication skills when it came to burger dressing and whom also, worked as a well oiled team, helping to fill each others orders and shyly sharing smiles and hidden laughter at the typical banter I spew, when communicating to food preparers, waiters, waitresses, baristas, lawyers, greeters, bank tellers, doctors and of course LCBO employees that I frequently use the services of.

One night, I tipped one of the women, the three dollars of pocket change, that I did not have a pocket for and over the next two years all four of them recognized me with a big smile and many times remembered what I wanted on my wife’s veggie burger. Although strangely, they never seemed to get my jokes.

Anyway, about two years ago they all disappeared and as it is with most of the increasing number of bad things that are happening in Canada, I now know that it is Harper’s fault.

Apparently, my new Mexican immigrants were actually from Ecuador and the reason that they got along so well, was that they had all left their families behind and were living together in an apartment with other Ecuadorians and the reason that they were always mysteriously there, whenever my burger cravings could not be overcome, was not some cosmic syncing of the good things in my life, but that they were working at Harvey’s as temporary foreign workers and had little reason to take a day off.

So Harper, here’s the solution.

Do away with your obscene TFW program and expand our traditional immigration processes to encourage Ecuadorians or the citizens of any other country that meet the now lower qualifications of the TFW program, to immigrate here.

If they are allowed into Canada for four years as indentured employees, they should be allowed to immigrate here with their families as future Canadian citizens.

Thank you and while you are at it, see if you can find my four Ecuadorian burger princesses and see if they are willing to give our country a second chance,