When Yo Harper becomes Harper Who 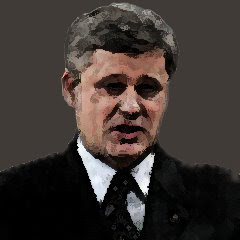 While plugging his new book yesterday, Paul Martin our former PM came up with an interesting point about Canada’s future role on the world stage.

Unlike Harper, Martin believes that the G8 should expand to include more countries and he believes that Canada should lead the way in expanding it.

Martin’s logic is that once China and India are invited in, Canada will not be among the world's leading top 10 economies, so the way in which you guarantee that you’re part of it is to you take the lead in expansion.

"This new world grouping could easily be put together without Canada being part of it,”

When you recall the last G8 meeting where Harper centered out both China and India as the reason why setting new emission standards should be delayed, it seems that Martin’s warnings bear some weight.

With Obama coming on the scene next year, it should be expected that he will be much more inclusive than Bush was, when it comes to accepting new members and embracing new initiatives.

For the last two meetings, Harper has tried to sell himself as the more reasonable intermediary between the US and the rest of the G8.

But with Obama, Harpers self designed role becomes extraneous and his influence will be diminished.

Bush’s Yo Harper from the last G8 cocktail party, could easily be replaced by a more eloquent Obama explaining to the large group of world leaders gathered around him,

“You will have to excuse Steve, my northern neocon cousin, he has a tendency to think in old world terms.”