What if we are actually right about Harper 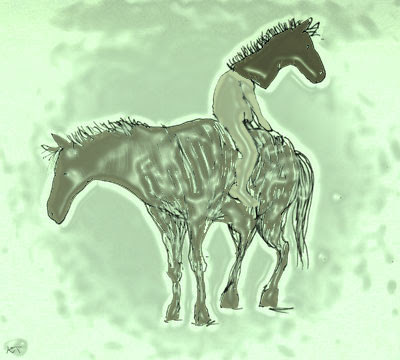 Like many other much more established and experienced bloggers, I have just spent the last seven months attacking Harper, his ministers and his ideological governance on almost a daily basis.

Sometimes brilliantly (I would not so critically proclaim), when I had truth, morality and facts on my side, sometimes foolishly when I was just plain pissed off, misinformed or just didn’t take the time to research the details.

Hell I’m a generalist not a specialist and it’s a bitch to do one post a day at five o’clock in the morning (sorry about the whining, it’s been a tough week, work wise).

Anyway, not being a party guy, left, center or right, I was somewhat relieved by the results of this past election.

We collectively denied Harper a majority.

And although there has not been a lot of celebration this week on the progressive side of the blogosphere (well except for Buckdog), it was nice take a breath and somewhat relax (attack wise) and pause for reflection.

Well at least until Thursday morning when I awoke with the emerging fear that despite all the somewhat blasphemous bullshit, maybe we’ve been right about Harper all along.

In the end it is always about the economy and our economy was nose diving long before the financial mess created by the US eliminated liquidity between the world’s financial institutions and started to affect Canada.

We are an exporting nation.

There’s only 30 or so million of us and we either work on the export side, growing, digging, chopping, drilling, manufacturing or creating something to export to our large consuming neighbor or we work on the service side selling something to or providing essential services to Canadian consumers.

Although simplistic in categorization there is not much else going on, in capitalism.

Exports of agriculture, finished goods, services, raw materials and energy make up the largest part of our GDP and the monitoring of those exports becomes the most accurate measurements we have for economic forecasting.

The EDC (Economic Development Canada) is Canada’s export credit agency that analyzes and reports on the financial status of our economy.

As early as January the EDC was forecasting a down turn for the last half of this year. By April they were forecasting continued negative growth for 2009. Their report in July factored in the increasing threat of the financial instability we are now starting to realize.

Although the dollar as forecasted has declined in value which is positive for manufacturing, and exporting in general, there will be a delay in the turn around as the manufacturers retool and reestablish their markets amidst declining consumer demand.

That delay when combined with the also forecasted decline in commodity prices, predominately the price of a barrel of oil will make 2009 a very difficult, recessive year for Canada.

The EDC reports are available to everyone online, in summary fashion and include the complete details in pdf format with statistical links.

The reason for the election call

Harper with his economist back ground (or so we have been told) was well aware of the forth coming down turn when he called the election. In fact that was most likely the compelling reason for the early election call.

An election six months or a year from now would not have produced the same results.

Of course Dion also had access to the same information, which causes further bewilderment on the justification of the platform choices he made.

Back to the paranoia

That said the paranoia that started creeping in on Thursday came from listening to Harper’s condescending economic statements and his continued ideological initiatives.

All Canadians now realize the slowdown is upon us. We can the tell by the fewer calls from customers, the lack of available overtime hours at work or the worried looks on and the increasing number of closed door meetings by management.

With all three opposition party leaders offering to meet and work with Harper on the financial and forthcoming economic crisis, the best leadership our newly reelected prime minister can provide is continued electoral, economic, platitudes.

Harper says his government will maintain responsible fiscal policies and make sure whatever it does is in the long-run interests of the economy.

As for his continued ideological mission to change Canada, the first thing out of Harper’s mouth on Wednesday is the necessity for Senate Reform.

Then his Saskatchewan MPs immediately relaunch their attack on the Canadian Wheat Board claiming that the election win now gives them a mandate to arbitrarily deregulate the marketing of wheat by eliminating the wheat board's monopoly.

Talk about not changing your stripes. These are two of the primary mandates from the NCC (National Citizens Coalition), the corporate sponsored, neoconservative, lobbyist group that Harper was the president of before coming back to politics.

How in the world can these two issues be of any importance to Canada or Canadians at this time.

All economic forecasts predict that Canada is going into a very long and severe recession. The value of our investments have plummeted, our housing prices are dropping, and our jobs are at risk and Harper is still focussed on his made in Canada neoconservative ideology.

Maybe we were right all along, the emperor really is nude and is only riding on a one trick pony.
Labels: Harpers Canada

Anonymous said…
Why so much pessimism? If nothing else, it's not good for your health :) I think our biggest political problem is the lack of strong government, which wouldn't have to worry about the next election (in a year? Two?). unfortunately, we don't have it, no matter if conservative or liberal.
I believe there are some positive things - our banks are strong, the best in the world (according to World Economic Forum survey), real estate market is still working well and our commodities can change their flow to still hungry China or India. Of course, next months (years?) will be not so fat like the previous ones, but the sun will be still shining, I guarantee!
Take care
Lorne
October 18, 2008 at 4:16 PM

Anonymous said…
Some of us in the West have a problem with Liberal Easter from the Maritmes, trucking his tongue out to tell nearly all non-Liberals in the West that voting overwhelmingly for choice marketing, and anti CWB, doesn't qualify us for choice marketing, and that a potato farmers' man knows best for the West's wheat growers. Can you imagine the ruckus if we reciprocated? Or how be we'll come to Ontario and tell your farmers they must belong to the CWB monopoly? lol