Crazy experts what do they know 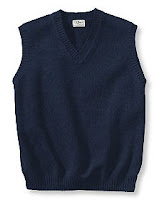 It might of been nice to hear about this a little sooner.

More than 120 of Canada’s top internationally renowned scientists released a letter yesterday urging Canadians to vote for the environment and support a carbon tax.

This group of scientists has been insulted by the Conservatives, said David Schindler.

The Tories, treat the science department with disdain, slashing budgets, muzzling federal scientists and ignoring the threat of climate change.

What the Conservatives propose is absurd. It’s the foolish way to go he said. A carbon tax is the most effective economic tool to deal with global warming, their letter states.

Earlier in the week 230 of the countries top economists banded together calling for an economically coherent action on climate change, that includes a carbon tax.

It’s remarkable how much agreement there is among economists on this key point,” said Nancy Olewiler, an economics professor at Simon Fraser University. The best climate change policy is to put a price on carbon.

So 350 of our leading scientists and economists agree that a carbon tax is best economic tool we have to combat climate change and 34% of Canadians believe in truth in advertising.

I have a sweater vest to sell these idiots.
Labels: Harpers Canada